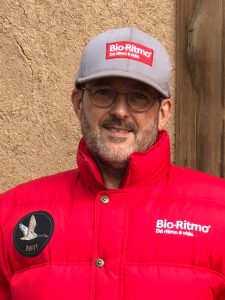 He was an undergraduate in Economy, has a degree in Geography and worked as commercial manager.

At first, motorcycle cross-country was a hobby started in 1987. He took part in competitive races, besides innumerable pleasure rides, but his personal emotional relationship with the driver Elisabete Jacinto soon made him leave the competitions and assume the management of this driver’s team, which he has been doing since 1992.

Beyond managing the team and taking care of all its logistics, he also learned the secrets of assistance mechanics and was responsible for assisting Elisabete Jacinto’s motorbike during World Cup competitions between 1998 and 2001, as well as for assisting the driver Mário Brás during the 2000 Dakar rally and the driver Pedro Machado in 2001.

Besides photography, a hobby he has since 1976, he is also an enthusiast of recreational diving.