The most radical woman adventurer 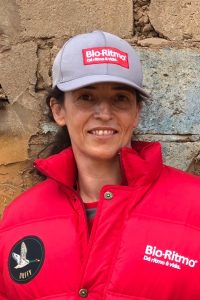 Elisabete Jacinto challenged a men’s world for several years while taking part in the most difficult motocross competitions for motorbikes all over the world. However, for this geography teacher who only at 24 learnt how to ride a two wheel vehicle (and planning nothing more than to use it in everyday life) her main challenge has always been herself, since she believes will-power and tenacity are enough to remove all barriers.

And that was her motto to overcome every difficulty and not only becoming the first Portuguese woman to dare facing the mythical Paris Dakar on a motorcycle but also heroically reaching the end of the race and, above all, being the first among women, when some of these had enormous feats in their résumés and were part of professional teams.

Motorcycles were succeeded by cars and again she won international competitions among women.

However, great challenges are still welcome by Elisabete Jacinto’s internationally recognized tenacity and, three months after obtaining her driving license for trucks, she was at the starting point for the 25th edition of Dakar (2003) driving a lorry, the sort of vehicle which has a fantastic competitive space in the African rally but from which women kept away for many years.

Then, in 2004, Elisabete becomes not only one of the first women to finish the Paris-Dakar rally at the steering wheel of a lorry but also the first woman to actually winning a special interim classification in the category during Rallye Optic Tunisie 2000.

Since then she has been permanently working to progress at the levels of driving, technically preparing her truck and organizing a team of which she is very proud. About 40% of her truck’s technical preparation is at present made in Portugal.

Though her experience in competitions has also had several particularly difficult moments, Elisabete does not throw the towel and she proceeds to the top in general classification at all the different races she enters.