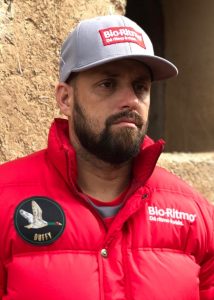 He was National Light Contact champion between 1996 and 1998, Thai-Boxing World Vice-Champion in 1999 and European Vice-Champion in 2000. Being an enthusiast of sports in general, he practises Indoors Football and Cross-Country Cycling as hobbies, and he does not miss any TV broadcasting of all sorts of motor car racing.

Professionally he is a truck mechanic, and he joins Oleoban/MAN Portugal team as assistance mechanic for the Euromilhões Lisboa-Dakar rally in 2007.
Afterwards he assumes the responsibility of MAN M2000 maintenance and development, doing that job in Hydraplan, MAN concessionary in Alverca.
In September 2007, at Guy Hoquet rally in Morocco he enters the competition team for the first time, seating between Elisabete Jacinto and José Marques inside the race truck.