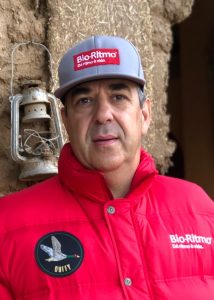 Military by profession, it was as a hobby that in the year 2000 he started navigating cross-country. His first race was Baja de Monchique, from the CC National Championship, but his love for Africa soon took him to the great African rallies. He started there at the 2005 Moroccan Rally.

In 2006 he became a professional navigator. His navigational skills soon made him one of the best in the world. He is different from the others in many aspects, such as the strictness, the discipline and the dedication with which he practices the activity, but also his excellent aptitude to understand the ground, as well as a sensibility to deal with the drivers.

His first experience as a navigator in a truck took place in 2011, at Elisabete Jacinto’s side, and in 2012 he became a full member of the Oleoban/MAN Portugal team.

He knows the desert very well, loves to travel, and cross-country is still one of his sources of pleasure, be it by motorcycle or by bicycle.